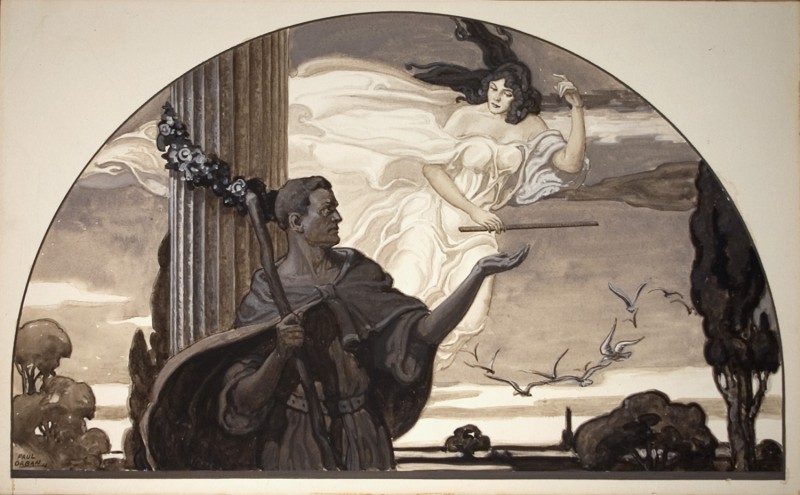 Within the Museum Collection of the Grand Lodge of New York are many original paintings which illustrated The New York Masonic Outlook, the Grand Lodge’s official periodical and precursor to The Empire State Mason.

This painting was by Paul Orban, an artist who was born in 1896 and who died in 1974. Paul Orban is known mostly for his illustration of science fiction and fantasy pulp magazines, most notably the Doc Savage books.

He also created at least 31 paintings to illustrate articles in The New York Masonic Outlook, of which 21 have been located in the collection. The full record for this painting, On Being Installed, First Tool, Beautiful Symbol, can be seen in the Online Museum by clicking here.

This painting illustrated an article by RW James E. Craig that was published in the October, 1929, issue. Click here for the Biographical Sketch of RW Craig, located in the Online Museum. RW Craig worked at the New York City newspaper, The Sun, in 1940 as an editorial writer before taking over as the editor of the editorial page from 1943 to 1950. In addition to numerous articles and essays about Freemasonry, RW Craig wrote the introduction to the Masonic Bible published by the Oxford University Press. He was also a co-author with H. L. Haywood of “A History of Freemasonry.