M∴W∴ Jeffrey M. Williamson of Akron, New York is the Grand Master of the Grand Lodge of Free and Accepted Masons in the State of New York. Brother Williamson is proud to be a 38 year member of Western Star Lodge No. 1185 in Lackawanna, NY, having served as Master of Buffalo Lodge in 1984 and 1985, District Deputy Grand Master of the Second Erie District in 1998-2000. He also served or chaired several District and Grand Lodge Committees and enjoys Honorary Memberships in several sister lodges as well.

Active in the entire York Rite, Brother Williamson OPC, KYGCH, has presided in all the major bodies serving as Grand High Priest of the Grand Chapter RAM, State of New York in 2010-11; and Northeast Deputy General Grand High Priest, General Grand Chapter RAM International 2013-2015. In the Scottish Rite, he is a Past Sovereign Prince of the Valley of Buffalo and a 33rd Degree Scottish Rite Mason.

He is married for 43 years to his wife Carla Williamson and they have two married sons, and two granddaughters. Brother Williamson is also a past Clerk of Session and a member of Alden Presbyterian Church. Professionally, Brother Williamson recently retired from Ferguson Electric in Buffalo New York, with almost 25 years of service as a Project Manager and Licensed Master Electrician. In what little spare time he has, Jeff enjoys spending time in the great outdoors which includes fly fishing and traveling. He was also active in breeding, training and competing with AKC hunting Beagles and finished four field champions including one International Field Champion. 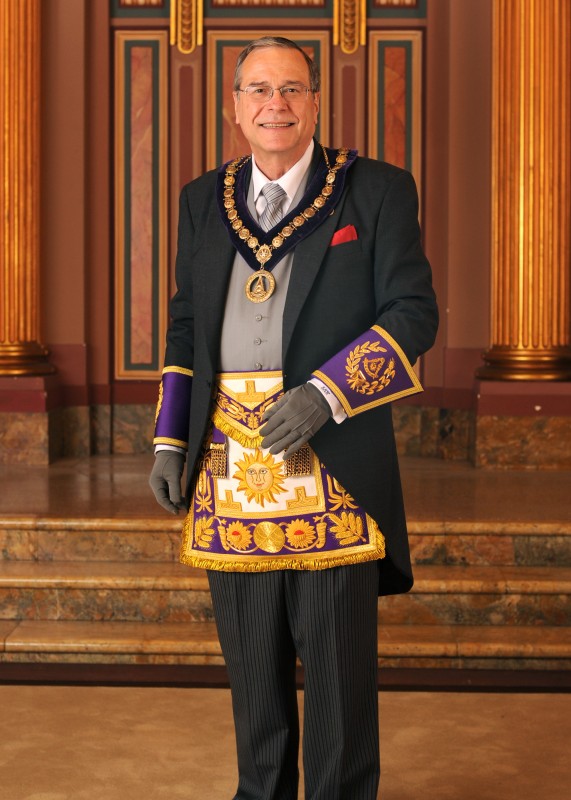 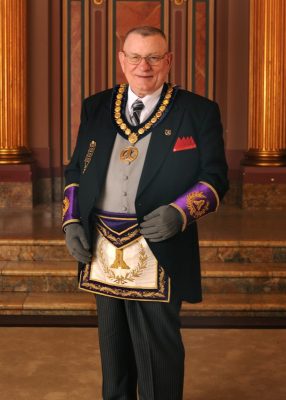 He has been married 48 years to wife Nancy Goodwin Morley and they have 3 sons whom are all active Masons. Two daughters-in-law and 2 grandchildren. Brother Morley has served as Elder and Trustee as member of First Presbyterian Church in Delhi.
Brother Morley was born and raised on a dairy farm and has been a farmer most of his life, was inducted into the National Dairy Shrine in 1971. Retired from farming in 1987 and at that time he joined the Teamsters #445 Newburgh, NY retiring in 2003 due to health and am now a proud Cancer Survivor. Brother Morley is very active with family following grandchildren in sports and other activities. As a lifetime farmer he grows a variety of vegetables in his garden and furnishes many friends with delicious home grown vegetables. 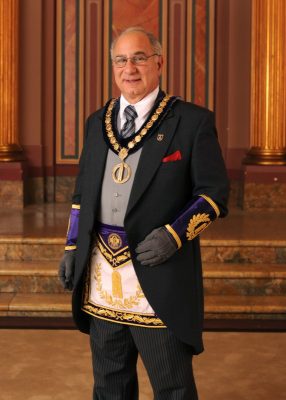 R.˙.W.˙. Nicholas J. Paolicelli, 65 , is a retired Licensed Master Electrician with Local Union #3 I.B.E.W.. His distinguished 33 year career has spanned the capacities of Foreman, General Foreman, and Superintendent, as well as serving as Apprentice Training Instructor before being elected to the I.B.E.W. Local Union 501 Examining Board and subsequently appointed Vice-Chairman of Community Services Committee, Liason for United Ways Charities and union fundraising efforts for Toys for Tots. Brother Paolicelli was Raised into the Craft 17 years ago and is a 2016 recipient of the Wendel K. Walker Award who belongs to both Yorktown Lodge No. 1154 and West Point Lodge No. 877. He has actively served the Grand Lodge as Worshipful Master, District Deputy Grand Master, Deputy Grand Standard Bearer, Grand Standard Bearer and currently as Junior Grand Warden while participating in both York and Scottish Rite bodies as well as the Shrine.

He and his wife of 29 years Pamela are members of St. John the Evangelist Church and count among their blessings 4 children and 4 grandchildren of whom they are very devoted to and spend their time when not attending to labors of the Craft. R.˙.W.˙. Paolicelli is currently looking forward to serving our Fraternity in the capacity of Junior Grand Warden. 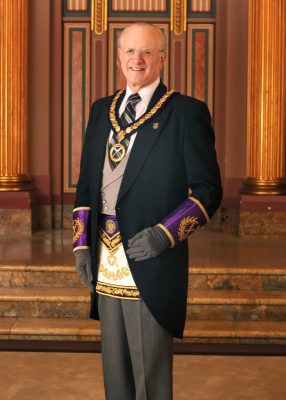 R∴W∴ Paul M. Rosen has been the Master of his lodge, Fraternity Dunderberg #942 in the First Westchester Putnam District four times. Paul has also been the District Deputy Grand Master for that district. He served six years as a trustee of the Masonic Hall And Home. The last two years he served as their Treasurer. Paul has had the distinct pleasure of serving you as your Grand Secretary for the past two years. He thanks the entire Grand Lodge for the overwhelming support shown to him when they reelected him for a second term as Grand Secretary.

His office is the portal to the Grand Lodge for all our Masonic brothers from jurisdictions within the U.S. and around the world. He has represented you in a way that enables you to feel pride in the office of the Grand Secretary. The impression that is left on visitors will establish how they feel about the Grand Lodge of New York. He believes that you should feel secure in the impression created.

Bro. Rosen as Grand Secretary is working full time in that office. He comes to the job with the training of his profession as an attorney. He always remembers the oaths that he took at the altar and the ethical requirements placed upon him as an attorney. He is guided by the moral teachings of both to the benefit of you the brothers. A member of Briarcliff Lodge No. 1155, R∴W∴ Peter A. Flihan, III served as Master from 2004-2006, and as DDGM of the First Westchester-Putnam District in 2008-2010. A member of many concordant and appendant bodies, he also served on Grand Lodge Committees, as Junior and Senior Grand Deacon, and is a proud Honorary Member of DeRuyter Lodge No.692.

Graduating with a degree in Economics from Fordham University, Bro. Flihan was first a foreign currency broker, and then built a successful international manufacturing company over 14 years, before leaving to become a commercial actor. He has been an active volunteer firefighter for more than a decade, including as a Captain of a Hook & Ladder Company. He has also served on the vestries of two Episcopal churches, chairing one as Senior Warden. Married to his wife Dina for over 25 years, they are the proud parents of two adult children.