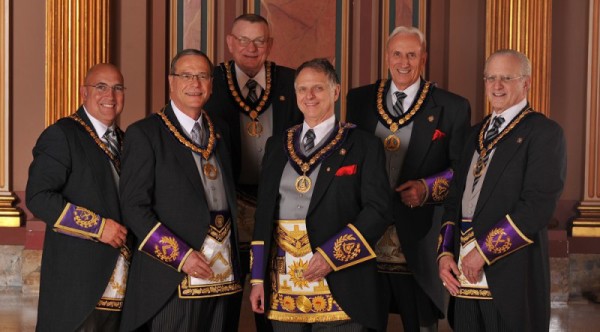 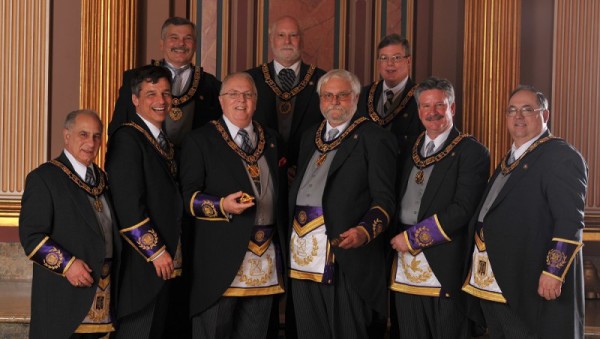 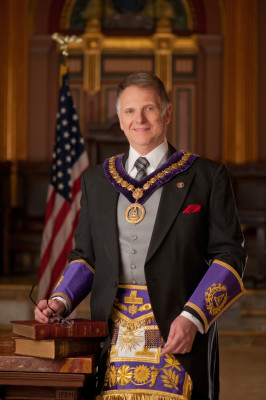 Brother Thomas is a frequent lecturer on various topics of Masonic interest, including Traditional Observance, history, biography and ritual. He is a Life Member of the Philalethes Society, and founded its Knickerbocker Chapter in New York City. He is a member of Thomas Smith Webb Chapter of Research, New Hampshire’s Anniversary Lodge of Research, and is Past Master of the American Lodge of Research. Brother Thomas has hosted a number of research programs for the Masonic Library on a variety of topics, including the 2008 tour with the Library’s Processus Contra Templarios, acquired from the Secret Archives of the Vatican.

Brother Thomas is also a retired Enforcement Branch Chief for the New York office of the US Securities and Exchange Commission. He is currently in private practice with his own company, SEC Intelligence LLC, in New York City. His work includes forensic accounting, accounting fraud, due diligence, anti-money laundering and corruption cases involving the Foreign Corrupt Practices Act. Brother Thomas was previously a Federal Special Agent with Navy Intelligence, and a peace keeper with the United Nations in Somalia.

Brother Thomas is a US Military veteran, and honorably served with the US Navy during the Viet Nam era. He is a member of the American Legion and the Military Order of the World Wars. The Honorary Order of Kentucky Colonels commissioned him a Colonel in 2000 for his philanthropic work and service.

Bill lives in Manhattan with his loving wife, Susan, and where they serve as principal staff for Willie, a demanding feline of undetermined origin. They attend St. John the Evangelist Church on East 55th Street in Manhattan. 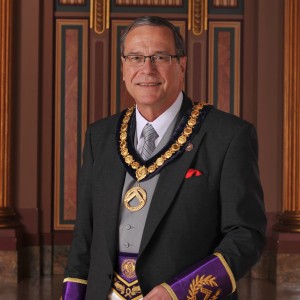 Professionally, RW Jeffrey M. Williamson is a Project Manager-Engineer for Ferguson Electric of Buffalo, NY, which is one of the largest electrical contractor in the western region of New York, and holds all of the Master Electrician Licenses required for the various municipalities located in that area. He is also responsible for electrical design-build, estimating and project management.

In what little spare time he has, Brother Jeff enjoys spending time in the great outdoors which includes fly fishing, hunting and traveling. Brother Jeff is celebrating his 35th year in the Craft, and has an active and enjoyable life. He is married for 40 years to Carla Williamson; they have two sons, a daughter-in-law and two granddaughters. Bro. Jeff is an Ordained Elder and member of the Alden Presbyterian Church and a former Clerk of Session. He is involved in the Western New York community and also serves as Chairman of the Ferguson Electric’s United Way of Buffalo and Erie County Annual Campaign for more than 14 years having raised over a million dollars for this major community charity. 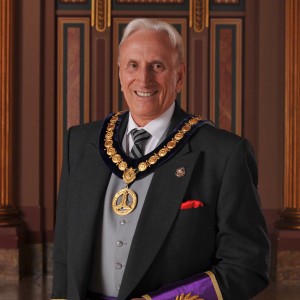 R W Charles P. Uhle was raised in Wappingers Lodge #671 in 1987, served as Master six times. He served as District Deputy Grand Master 2002 – 2004 under Grand Master Carl Fitje and 2004 – 2006 under Grand Master Edward Trosin. Brother Uhle is a Charter Member of the R. Malcolm Hunter Masonic War Veterans Post #53 and is currently serving as Commander and served in the Grand Line of Grand Post of Masonic War Veterans. He has served on numerous Grand Lodge Committees. Bro. Uhle was Junior Grand Warden under Grand Master Vincent Libone, and Trustee of the Chancellor Robert R Livingston Masonic Library. He is a member of both York Rite and Scottish Bodies and has served as leader in most positions. Bro. Uhle was instrumental in the founding of the Franklin Delano Roosevelt Chapter Order of DeMolay and is a recipient of the DeMolay Legion of Honor (Active).

Charles was active in Boy Scouts and received the Bronze Pelican Award from Cardinal O’Connor for recognition of outstanding service to the spiritual development of youth in Scouting. He was a Committee Chairman and leader in 4-H. An active participant in the Christmas In April Program, he was three times team leader. He is involved with the Hudson Valley Honor Flight Program, flying WWII vets to Washington DC to visit the Memorials that were erected in their honor. He says there are lots of laughs and lots of tears. Bro. Uhle is married for 47 years to his wife Lillian (Mike). They have a son who is a Mason and a daughter who is married to a Brother Mason. He enjoys flying, especially aerobatics, and rowing; and holds a bronze and silver medal in the Empire State Games. 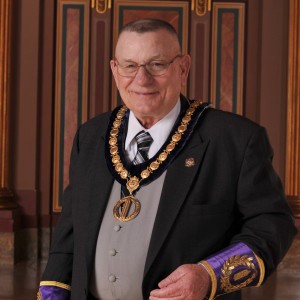 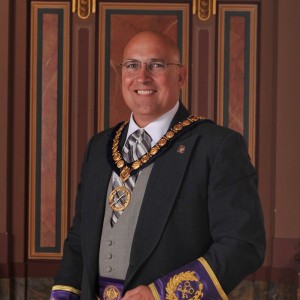 Right Worshipful Charles Catapano hails from Wantagh Morton Lodge #63 in the First Nassau District. He served as Master in 1993 and as Treasurer for 21 years. He served as District Deputy Grand Master 2008-2010. He is Vice Chairman of the Masonic Family and Fellowship Committee and Area #1 Chairman for the Masonic Brotherhood Fund.

Brother Catapano is retired from the NYPD where he worked on budget development and implementation. He currently works at North Shore LIJ Medical Center. He has an MBA in Finance from St. John’s University and has worked in the financial industry for over 10 years. Brother Catapano enjoys spending time with his three children Christopher, Matthew and Jessica and has a passion for golf. He and his best friend Donna are enjoying their lives together and are looking forward to all the adventures ahead of them. 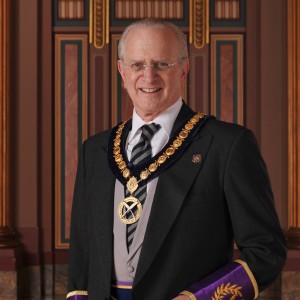 Born in Queens and grew up in Merrick Long Island. Graduate of RPI and Cornell University Law School. Assistant District Attorney in Westchester, Law Secretary to a Judge and private practice of law since 1974. Deputy Town Attorney for Ossining and the Prosecutor for the Village of Croton for 23 years. Impartial Hearing Officer in Special Education Hearings throughout the State and in Disciplinary Hearings for Westchester, Yonkers Schools, Westchester BOCES as well as other School Districts. He and his Wife, Dr. Clare Rosen live in Briarcliff Manor and have two married children and two grandchildren.